BRING ME THE HORIZON

We discuss the story of the band’s five albums, and forthcoming sixth, with drummer Matt Nicholls.

BRING ME THE HORIZON

We discuss the story of the band’s five albums, and forthcoming sixth, with drummer Matt Nicholls.

In the last fourteen years, Bring Me The Horizon have transformed from a ramshackle gang of talented teenage upstarts into one of the most pioneering rock bands in the UK. Across their prolific discography they’ve experimented with everything from electronica to hardcore to orchestra, always somehow finding a masterful blend of their disparate influences that sounds both fresh, infectious, and explosive.

Recently, Bring Me The Horizon collaborated with New Era to create a limited-edition cap. For the collaboration, they decided to bring an old school approach to the design by creating a traditional vintage style ball cap made with vegan wool.

So, to commemorate the release of the limited-edition collab, we decided to sit down with BMTH’s drummer Matt Nicholls for an exploratory chat about how the band’s sound has evolved across their five albums, and what to expect from the highly anticipated sixth, expected in January 2019.

Okay, so let’s go way way back, all the way to your debut album, ‘Count Your Blessings’, in 2006. What was life like back then?

It was weird. We were only 18/19 years old. We’d put a four track EP out before that album with some weird songs on it. To be honest, we just wanted to put out some songs that we could play live. We didn’t really have a sound we were going for, we just wanted people to mosh to it.

Then we got signed to an indie label and I guess there was a little bit of expectation on us. But we were kids and didn’t know what we were doing. I could barely play drums. So it felt like we were thrown into the deep end. We rented a flat in Birmingham and made the record there, which was carnage.

Because nobody cared. You were in the studio putting down your part then you were off wandering around, at the pub or whatever. So we were just going out every night.

You were getting labelled as ‘deathcore’ back then. Did you feel like that’s what you were making?

I think that’s something that got made up. We didn’t really care, we just wanted to make some mad music people could mosh to.

Am I right in thinking you received quite a bit of hate during this early period?

We got hate for everything we’ve ever done. I guess we were going on tour with big metal bands and people were looking at us thinking, ‘Who are this lot? Why are they on tour with my favourite bands?’ I don’t think we were idiots, but we were young and didn’t care, so maybe that came across as us being idiots. The truth is we were in a weird situation and didn’t know how to handle it.

Fast forward to ‘Suicide Season’ in 2008 – do you see this album more as the official birth of the band?

Yeah, I think this coincided with the first time we went to America and that was eye opening. We toured there for four months straight and it was just us five, playing, selling our own merch, and living on top of each other out of a suitcase. We toured with a band called Bury Your Dead and another called Nights Like These, and we took a lot of influences from them. Whereas with the first record we just wanted it to be heavy, there was a much more eclectic feel on this second one. Nights Like These had a more stoner groove in their riffs, and we took it on board. We were growing up as well so our tastes were changing. We just liked fast stuff when we were young, but we started getting into electronic and ambient stuff around this time too.

Where did you make this album?

We wrote it in Sheffield and recorded it just outside Gothenburg, Sweden. It was super rural: in the middle of nowhere, just lakes and forests. There was like two shops and a music studio.

Was isolation quite important to you?

Yeah we used to think so. Nowadays we would tear our hair out, but back then it was like, ‘Yeah we’re gonna immerse ourselves.’ We were waking up every morning and going straight into the studio. It was boring at times but very tranquil.

So when members of the band are bringing these different influences in - is it happening individually? Or did you all get into electronic music at once?

As a band we’ve always been close friends. I know with some bands they’re not actually that close and when they’re off tour or off cycle they don’t really see very much of one another. But with us, we all lived in the same building in Sheffield. So our influences kind of merged and we agreed on them. We were listening to stuff together, so we were all conscious of what we wanted to do with our sound.

Going onto ‘Sempiternal’ in 2013, this album feels like a big turning point in your development. You signed with a major label. So did that mean budgets got bigger and your ambitions got bigger?

I don’t think it was about budget. People think when you sign to a record label they’re just gonna give you loads of money, but it doesn’t work like that. We had a year off after the touring cycle and didn’t know what we were gonna do. I don’t think we were sure we’d even carry on as a band. Nobody knew what was going to happen, especially regarding people’s personal lives. But we started writing with Jordan Fish (from the band Worship) and eventually he joined the band full time. It brought a whole new element to the band. It was a breakthrough because it was the best thing we’d ever done. Lee and Oli had always done the bulk of the writing for the band and I think bringing Jordan in really helped push the creative boundaries. The previous three records were good for what they were, but Jordan coming in just took the band to another level.

It felt like quite an uplifting record at times?

Yeah at this point we’re 25/26 years old, we’d done over seven years of touring. Everyone had gone through weird stuff and like you say we came out the other end of it pretty well. That’s why it sounds like it sounds. I think that came through on record.

It had quite a cinematic vibe too in the music?

Going onto ‘That’s The Spirit’ then – would you say this was your most commercial record?

Yeah, I think it’s still got the rock element in there but the major thing is that Oli started singing properly with melodies. And that opened up more doors. We had pop hooks in amongst the heavy stuff, and it worked really well for us.

Did you want to prove that you could make a record like that? Something that could appeal globally?

I don’t think it was about proving anything. We just wanted to do what we wanted to do. We wanted to be a band that all types of people can listen to. People who just like good music. We didn’t want to pigeon hole ourselves.

Which brings us to the forthcoming album, ‘amo’. In a Kerrang interview, Oli described it as “varied, free and weird” – can you elaborate?

It is! With this record it was weird. What we usually do is by the time we get to the studio we’ve got the songs pretty much done. Like 95 per cent done. But with this one we were writing as we were going along. The songs had changed so much from the demos. And we were sitting around thinking, ‘This is so weird, I wasn’t expecting this song to go this way.’ We went off in these mad directions. They don’t sound like what you think they’d sound like. People are expecting a pop record. And there is pop elements and pop songs, but it’s heavy still too. It’s weird in that way. It’s super heavy in some parts and super pop in others. But I think people are gonna enjoy it.

Would you say there is a theme to ‘amo’?

It’s ‘amo’, you know, it’s love. As a universal thing. Loving yourself, loving the people around you. It’s not just mushy love. Love in general.

Do you think your fans have evolved with you over the years?

It’s weird, because we always get people asking us to play old stuff. Like: ‘Oh, you’ve changed.’ But you know what: I used to do that as a kid when a band brought out a record that didn’t sound like the last one. That’s how kids are. But I think for the one fan that doesn’t like us anymore because we’ve changed, I think we’ve gained five more.

Bring Me The Horizon 19TWENTY

Add your favourite band to your casual outfits with this Bring Me The Horizon 19TWENTY cap. Featuring the Unicursal Hexagram logo and an all-over black colourway, it’s your new go-to accessory. 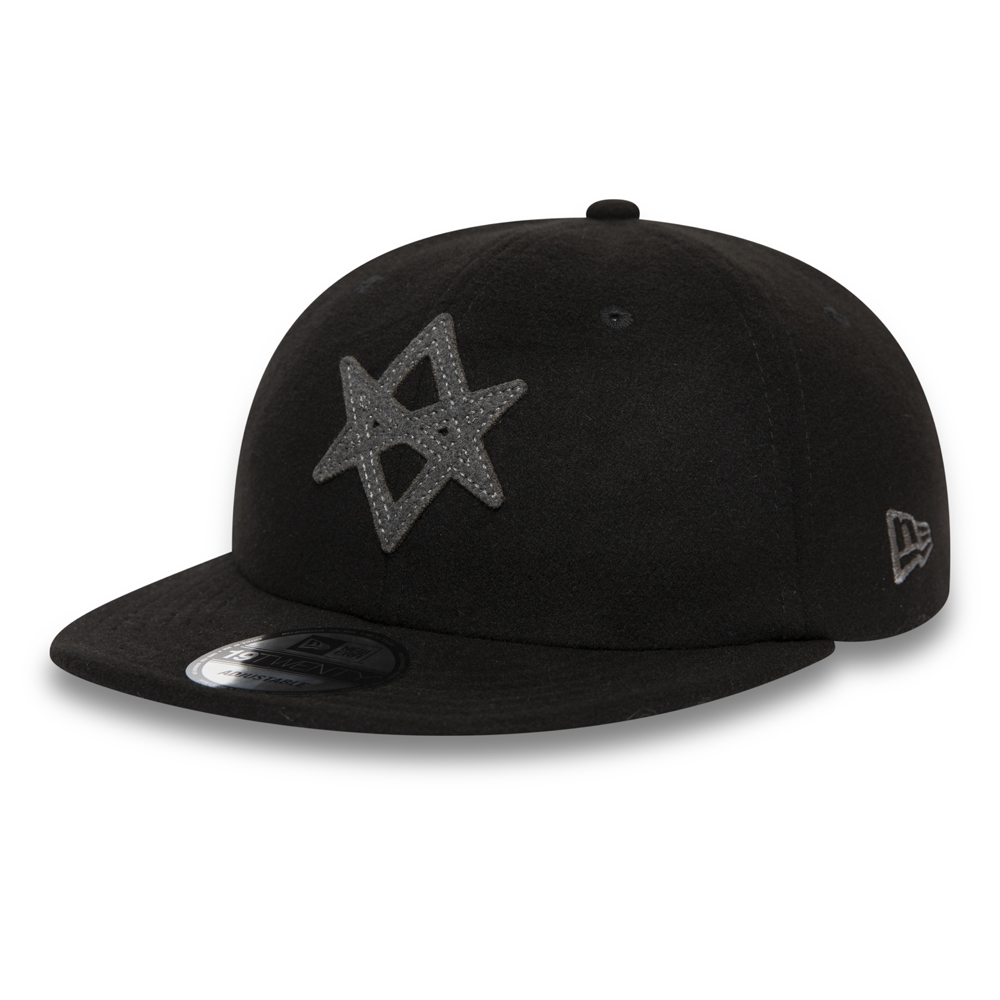