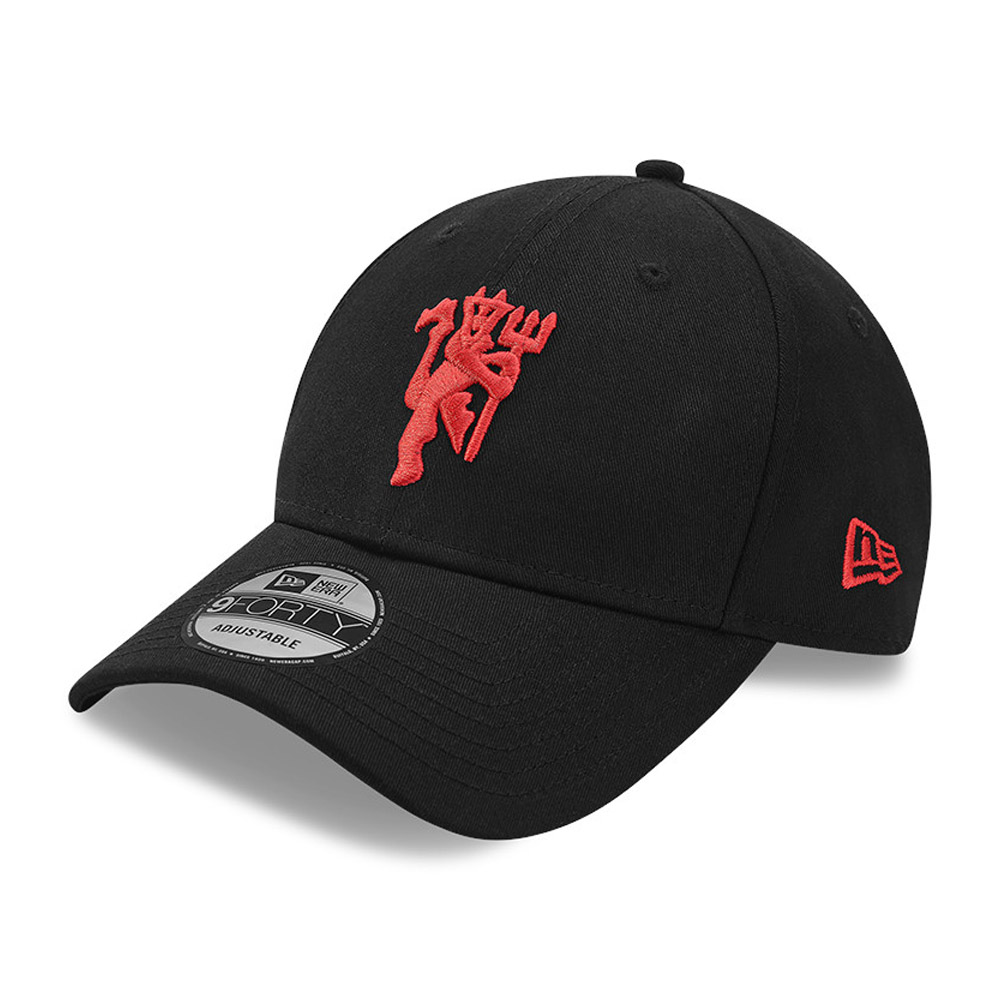 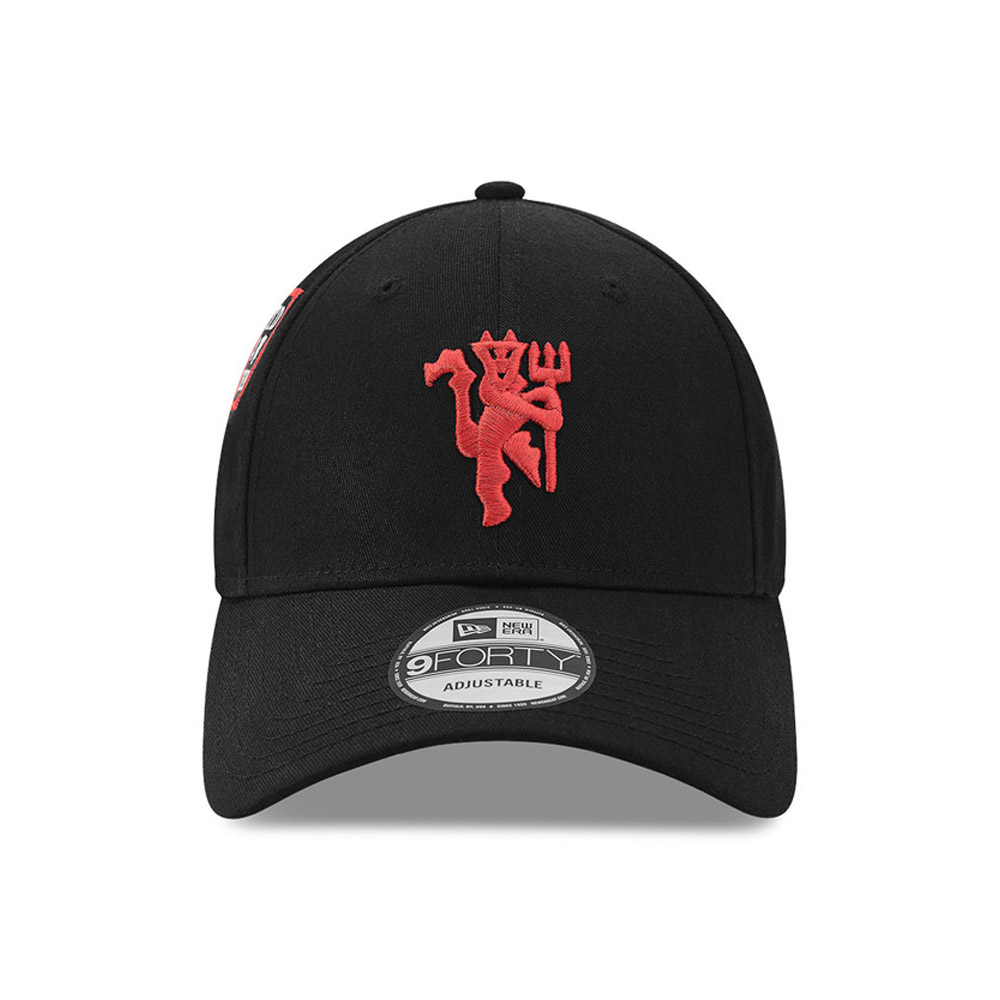 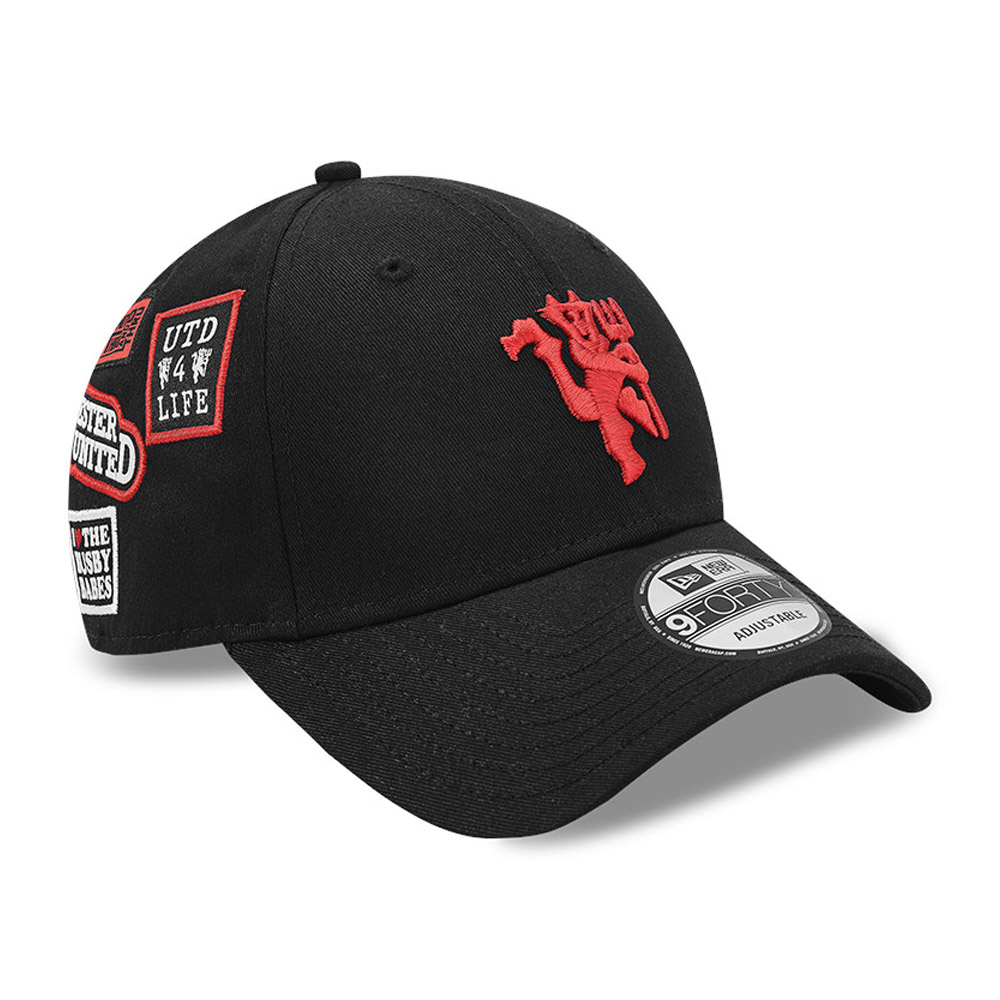 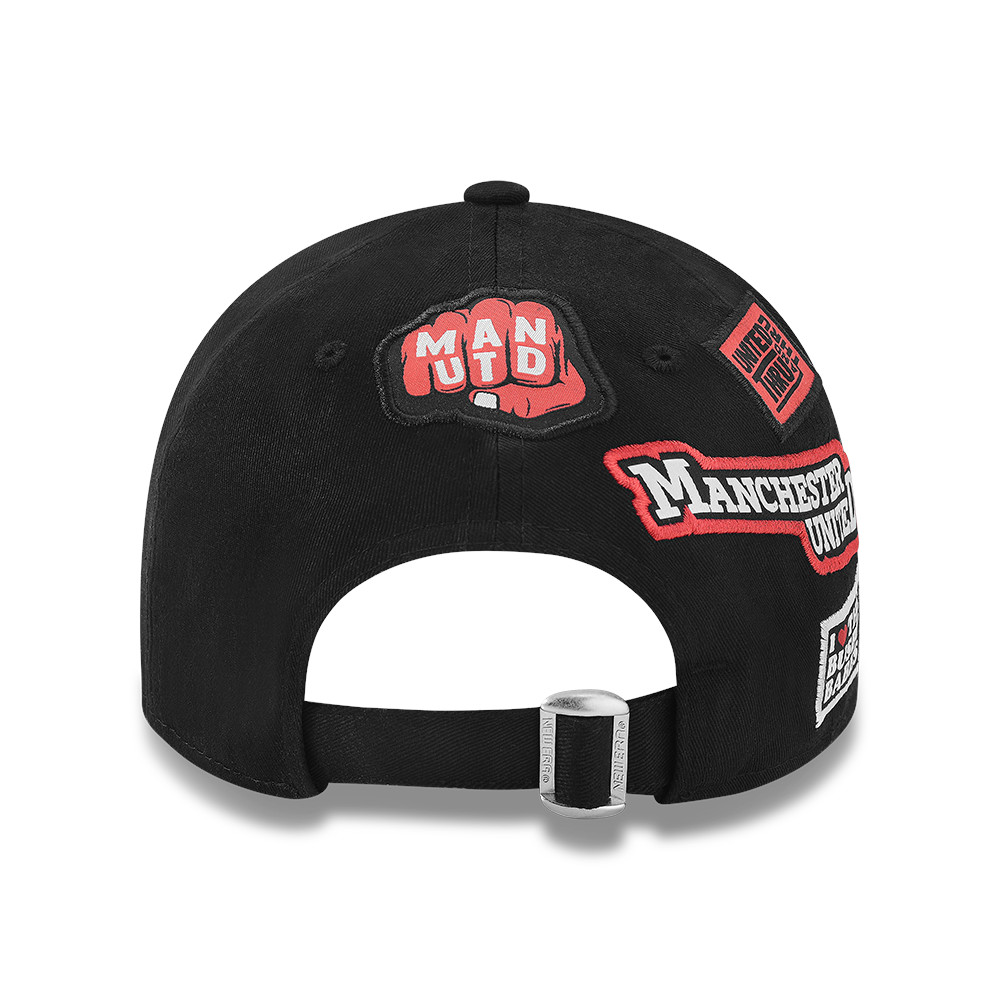 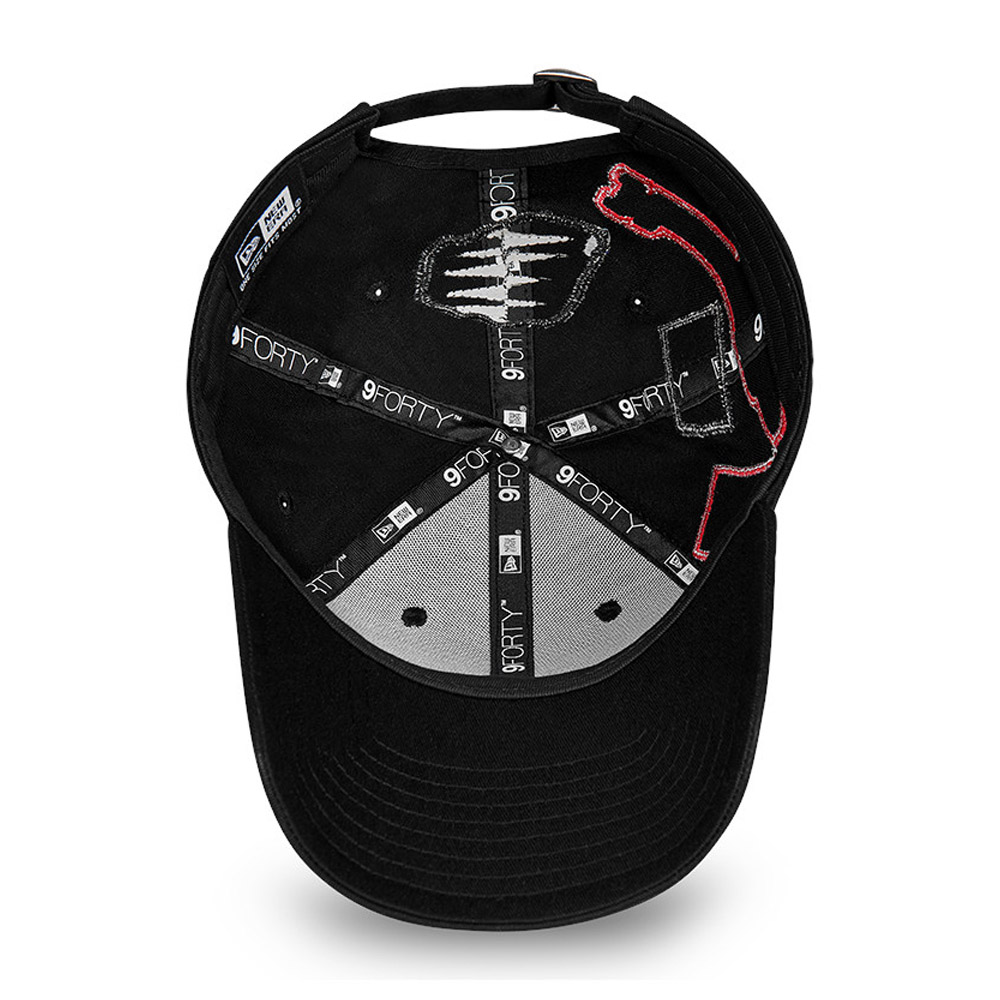 Back the Red Devils to take three points against all of the league's biggest teams by wearing an official New Era Manchester United Side Patches 9FORTY cap. Coupled with a curved visor that shades on sunny days, the contoured crown boasts a range of United patches. While the club logo is positioned on the front of the cap, four team patches are situated on the right, and a fifth is applied to the rear. The fabric strap and D-ring closure give you control over sizing, while the curved visor keeps you out of the sun. A black and red colourway is used across the cap, and our world-famous NE flag is embroidered to the wearer's left.