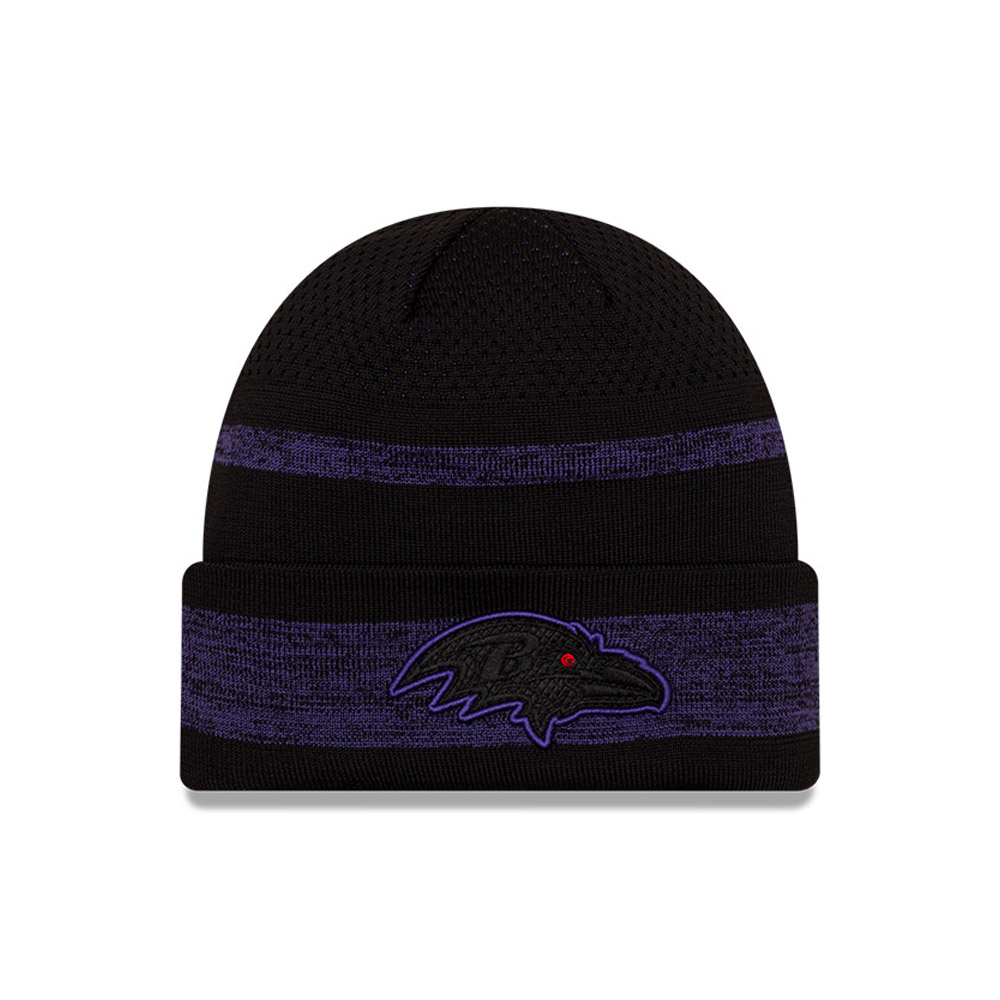 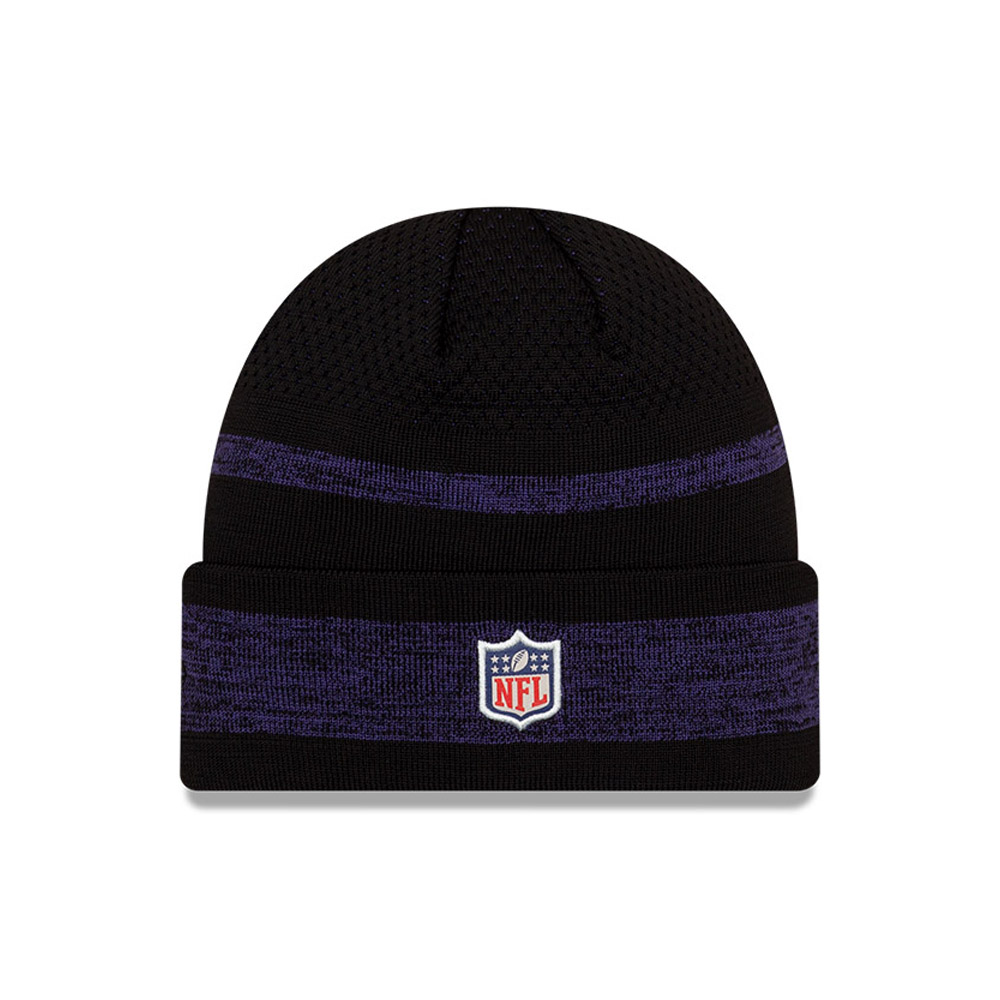 B2455_B73
Add to wishlist
Free Standard delivery with orders over £28

Show some love for Baltimore and celebrate the city’s famous NFL franchise by wearing an official New Era Baltimore Ravens On-Field Sideline Cuff Beanie Hat. Rendered in the team’s official colours, the knit features an upturned cuff, on which the Ravens logo is positioned front and centre, the NFL shield at the back and the New Era flag to the left.