BOSTON BUN
IS ON A
MISSION TO
MAKE PEOPLE
DANCE

BOSTON BUN
IS ON A
MISSION TO
MAKE PEOPLE
DANCE

Back in the mid-90s, French electro music was booming. Daft Punk’s seminal debut album Homework came out and triggered a surge of interest in the downtempo electronic sounds seeping out of L'Hexagone. Versailles duo Air released their iconic single “Sexy Boy”, and bands like Cassius and Phoenix were wowing fans across Europe with hypnotic live shows. When Stardust dropped their house banger “Music Sounds Better With You” in 1998, it became a global smash hit, and the word was official: France was the future of dance music.

The seeds sowed in that period have meant that France has always remained at the cutting edge of computerised pop. That first wave inspired a second generation in the 2000s, led by the likes of Busy P, Kavinsky, Mr Oizo, Para One and the late great DJ Mehdi, plus record labels like Kitsune and Sound Pellegrino. It was in this vortex of talent that a young beatmaker called Boston Bun became artistically conscious.

Since 2012, Boston Bun (real name: Thibaud Noyer) has been making waves across electronic music for his vibrant and inventive brand of house and techno. He’s now signed to Island Records and done remixes for the likes of Mark Ronson and Miley Cyrus. Last year he released the energetic house track “Spread Love” on Atlantic Records featuring the legendary French artist DVNO, and it exploded: garnering 25 million combined streams and counting. “I make dance music,” explains Noyer. “People are super afraid of that word in music but yeah, it’s DANCE music. Music that makes people DANCE,” he laughs.

“I grew up in a small village in the South of France – no club, no culture.” explains Noyer, as we chat in the Parisian nightclub Sacré. This is the new name for the once iconic French nightclub Social Club, which was at the forefront of the late 2000s French electronic boom. It’s where Noyer cut his teeth as a DJ when he moved to Paris, warming up for stars like Para One and seeing Solange perform with DJ Mehdi. It’s also where he met Busy P, beginning a friendship that would see him drop numerous tracks on Ed Banger Records.

But as a child, his connection with music was far more limited. “The first time I saw electronic music was through music videos on late night TV,” he explains. “Super weird videos from the Chemical Brothers, Daft Punk, and more. I had absolutely no idea there was this kind of music you could hear in a club. I thought it was just a weird thing happening on TV. Later I found out it was to make people dance and I loved it.”

Noyer cites his key inspirations as Armand Van Helden, Cassius and Basement Jaxx, but inspiration is also unpredictable and fluid to him: it can come from anywhere. “Sometimes it's just a sentence, something in a movie, in a book, in an exhibition.” Most recently, he’s been inspired by London, the city he moved to last year.”

“I love Paris, but I found myself wondering: what’s next?” explains Noyer. “I need energy in my life: discovering a new city, new people, new scenes. And I’ve always been obsessed by UK acts in electronic music, like Chemical Bros, The Prodigy, and Fatboy Slim. London has been on the map since day one. You can kick a bin here and 10 amazing DJs and producers will pop out. It’s amazing to dive in the studio with them and create new sounds. It was definitely a good choice to move.”

Right now, Noyer is focused on new music as he’s about to release his next single, Don’t Wanna Dance. Other than that, he’s focused on his label, Circa 99, which he brought to London with him. Now on its seventh release, the label has been a successful experiment through which he promotes A-grade dance music created by his friends and family. “Now we even have merch and club nights,” he smiles.

Merch is something that interests him, fashion to be more specific. His love for New Era stems from the fact that the brand can be adapted by any genre of music and still work; it is worn by everyone from jazz fans to rap fans to DJs. “It fits with any identity,” he says. Fashion, he reckons, is important because it is always mutating and transforming.

“I remember as a kid, you would dress a certain way if you were into rap, metal or rock,” he concludes. “But now styles are almost infinite. Sometimes a new niche appears for a year or two and then totally disappears. It’s amazing to witness because you can never see it coming. That’s why I love fashion: it’s a natural evolution.”

The Boston Red Sox take on their rivals at the London Games this year, and you can commemorate the special event with this 9TWENTY strapback. In all over navy, it features rivalry slogan to the front in white embroidery. 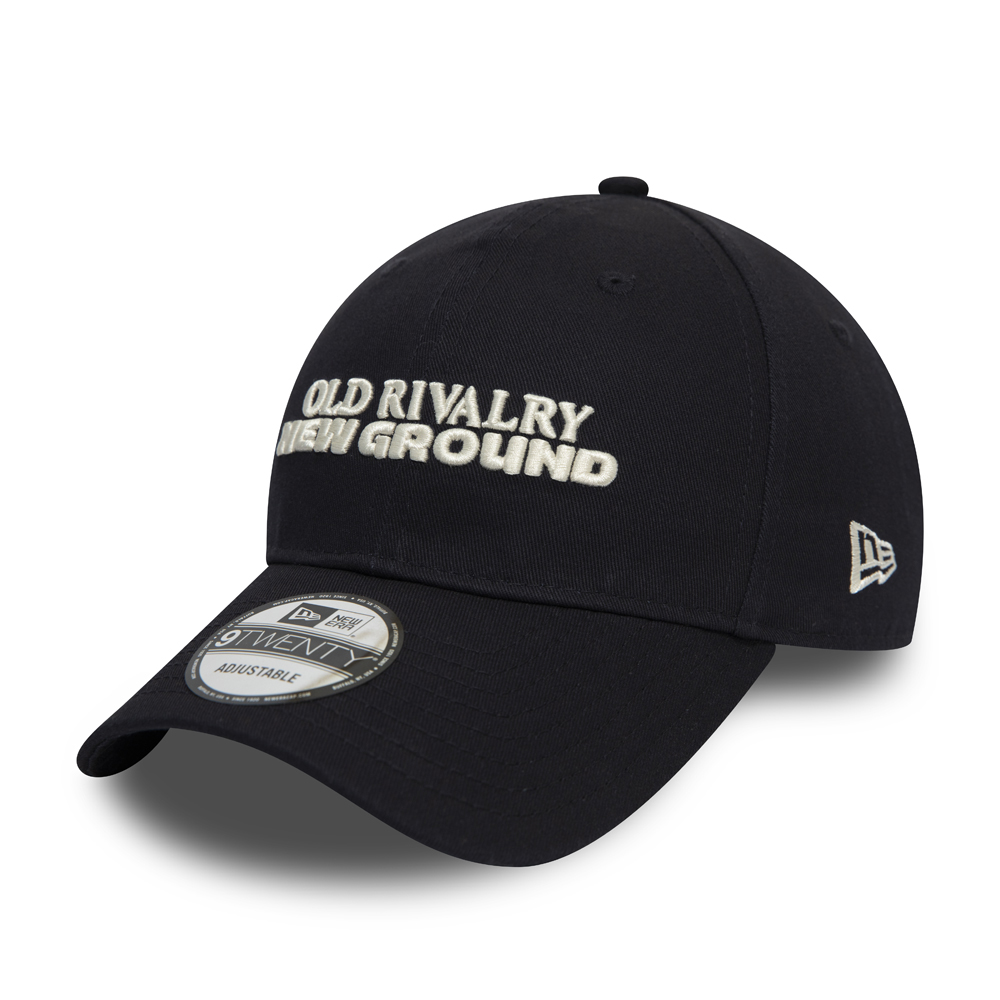 Modern and stylish, this long sleeved t-shirt comes in white, and features blue and red graphics to the rear, featuring East Asia inspired design. To the front is a heritage wordmark in Chinese for that finishing touch. 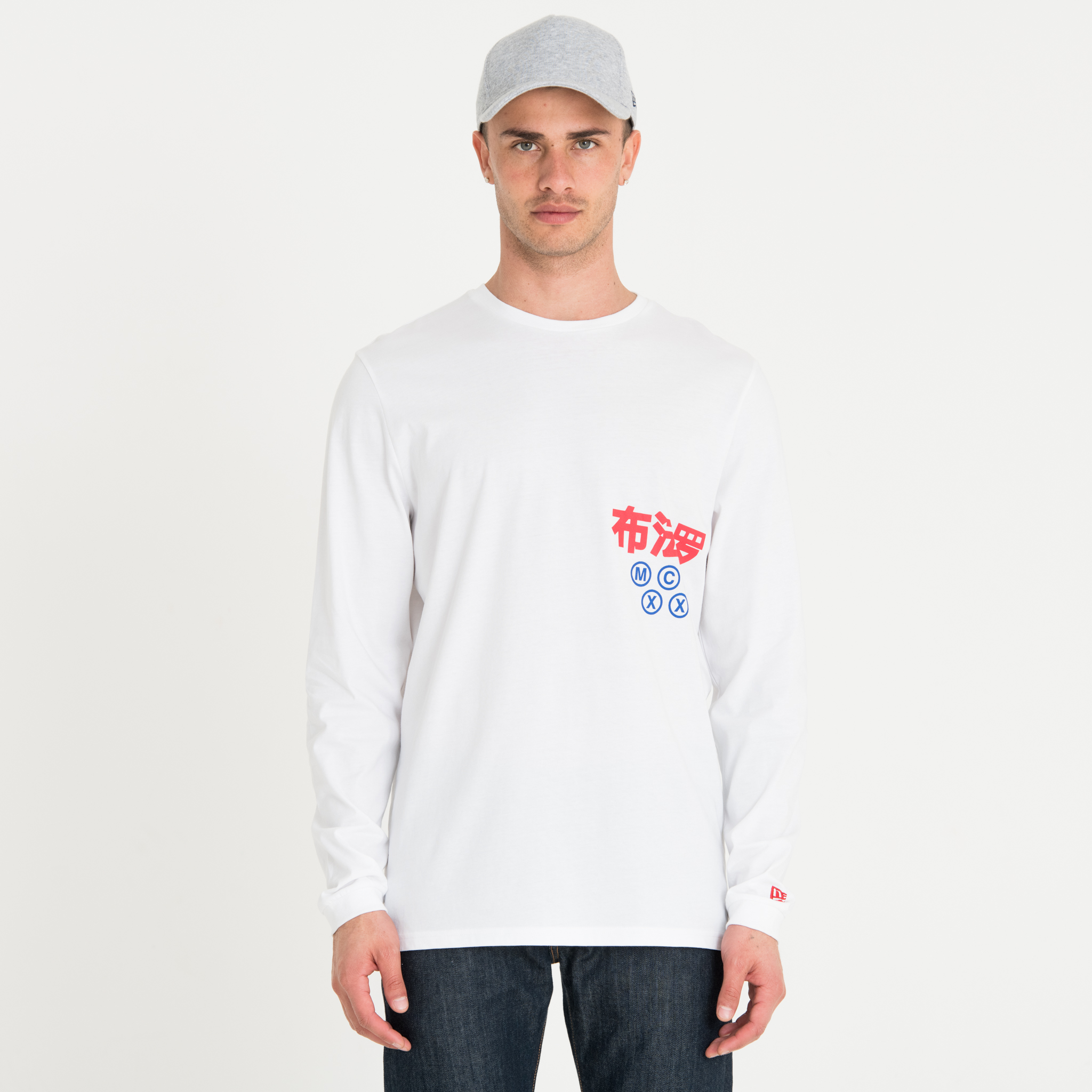 For an effortlessly cool streetwear look, choose this grey Boston Red Sox hoodie, which has been printed with the iconic Boston lettermark in the team's second colour blue. Plus, we've added detailing to the right sleeve to commemorate the MLB London Series this season. 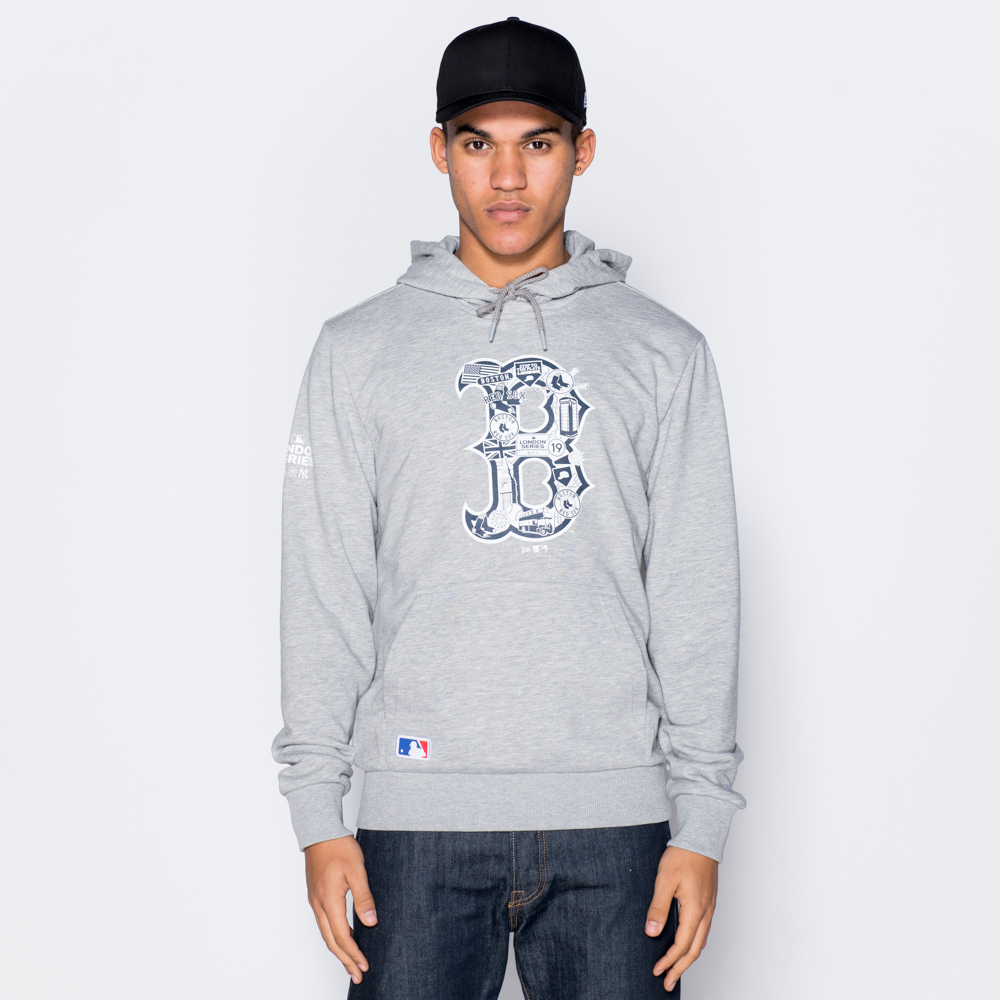