How Bradley Zero went from Peckham hero to cultural tastemaker.

How Bradley Zero went from Peckham hero to cultural tastemaker.

Some of the most exciting music in London of the last few years has come through one particular independent record label. Starting out as a radio show and club night, Peckham Rhythm Section International has quickly made a name for itself as a sharp cultural tastemaker, discovering and releasing artists from the world of house, jazz, and neo-soul. And the entire thing is the brainchild of one inimitable DJ and producer who goes by the name of Bradley Zero.

It was 2007 when Leeds-born Zero rocked up in Peckham, south east London, and started working at a little bar inside the arches beneath the train station called Bar Story. Grafting for a modest wage of £5.60/hour, he served drinks, cleaned up, and, when it was quiet enough, would wander up to the decks and play some vinyl to whoever was listening. He was still getting paid £5.60 for that too, but it seemed a good trade-off for not having to wash glasses.

“This was before there were any other bars, nightclubs, cool eating spots, art galleries, or anything like that in Peckham,” explains Bradley. “This was basically the only place that young people involved in art were hanging out. So it was this hub. Even though I wasn’t getting paid much, I was getting to know everyone in the community. So I developed this base of friends - of artists and musicians - a very tight knit group of people who were making things happen in that area.”

After cutting his teeth on the decks of Bar Story, he started a local radio show called Peckham Rhythm Section where he would play everything from jazz to disco, house to soul. The radio show soon became a club night of the same name, taking place once a month at a local pool hall. It sold out every time. “It never felt like I had to promote it,” explains Bradley, “because there was a real need for the night, there was nothing else regular going on at that time.”

The premise of Peckham Rhythm Section was pure and simple. He wanted it to be a “back to basics” clubnight: an intimate gathering for 200 people in a basement, with a big sound system and a box of good records. He avoided over-hyping the line ups, and there were never any cameras allowed in, so what happened at the parties would spread through word of mouth alone. It was all about creating a space for Bradley to share music and for people to enjoy themselves in the moment.

Peckham Rhythm Section as a brand has grown exponentially since those parties started. In 2014, Bradley launched Rhythm Section International as a music label, and over the last four years, he has gone from being a local hero to a globally respected tastemaker for underground and under-appreciated dance music.

The label has released cherry-picked songs from artists like Dan Kye (the dance-driven alter ego of Jordan Rakei) and Polish producer Earth Trax, as well as creating a platform for local South London greats like Al Dobson Jnr, Henry Wu and Chaos in the CBD. In 2015, it was nominated for label of the year at Gilles Peterson’s Worldwide Awards, and Bradley now tours the world, DJing, connecting, and spreading the word of Peckham Rhythm Section.

“With the label,” says Bradley, “I always set out with the idea that the sky is the limit - that’s why I called it Rhythm Section International. The idea is to share music that you believe in, and for as many people to hear it as possible.”

When Bradley first moved to Peckham, the appeal was that it felt like it was in the middle of nowhere. “There was no overground,” he says, “so it felt quite far away from what was going on at the time in central or Shoreditch or Dalston. You have to imagine that without the overground it was 1 1/2 hours to get to Dalston on two buses. It was quite separated from the rest of London, and there was no reason to come here. So you had this pressure cooker effect, where there was a slightly isolated artistic community. It was like a village. And there was nothing to do, so we just made our own fun.”

But now he feels like that time may have gone for South East London’s creative heart. The popularity of the area, and the arrival of the overground, has driven house prices through the roof, and its days as a place where a young beatmaker could live in a small flat for less than £300 per month are over. “Peckham still has a largely independent feel. But I think the golden era has passed.”

That doesn’t mean he’s no longer finding pockets where this is happening elsewhere. Recently, he has become fascinated with the underground music scene in Australia. Rhythm Section International released – Misrepresented–  by the hip-hop and jazz collective - 30/70 -from Melbourne, and it signified what is a blossoming connection between Bradley and the scene down under.

“I find Melbourne and Sydney super inspiring,” he explains. “There’s just a different pace out there. And because it’s so isolated and far away there’s, once again, this pressure cooker of talent. There are bands, DJs, producers who, if they are anywhere else in the West, would be on an international platform right now. But just the cost of getting a band from Melbourne to London is £3000 or £4000 before you’ve started. So you get these cities with so much talent and they’re all there, jamming. And because things aren’t so expensive they don’t have to work every day. So there’s a much more relaxed day to day energy that is inspiring and is allowing all this goodness to come up.”

"This mix is a rare peek into the belly of the beast… 1 hour of unedited, undiluted dancefloor truth. The best way to represent what we do is to give you a window into the dance itself - grunts, whoops and all!"

Achieve instant effortless style when on the go this MLB season. Crafted in our new packable silhouette, this Detroit Tigers supporters cap is the perfect accessory for loyal fans everywhere. Don’t miss out! 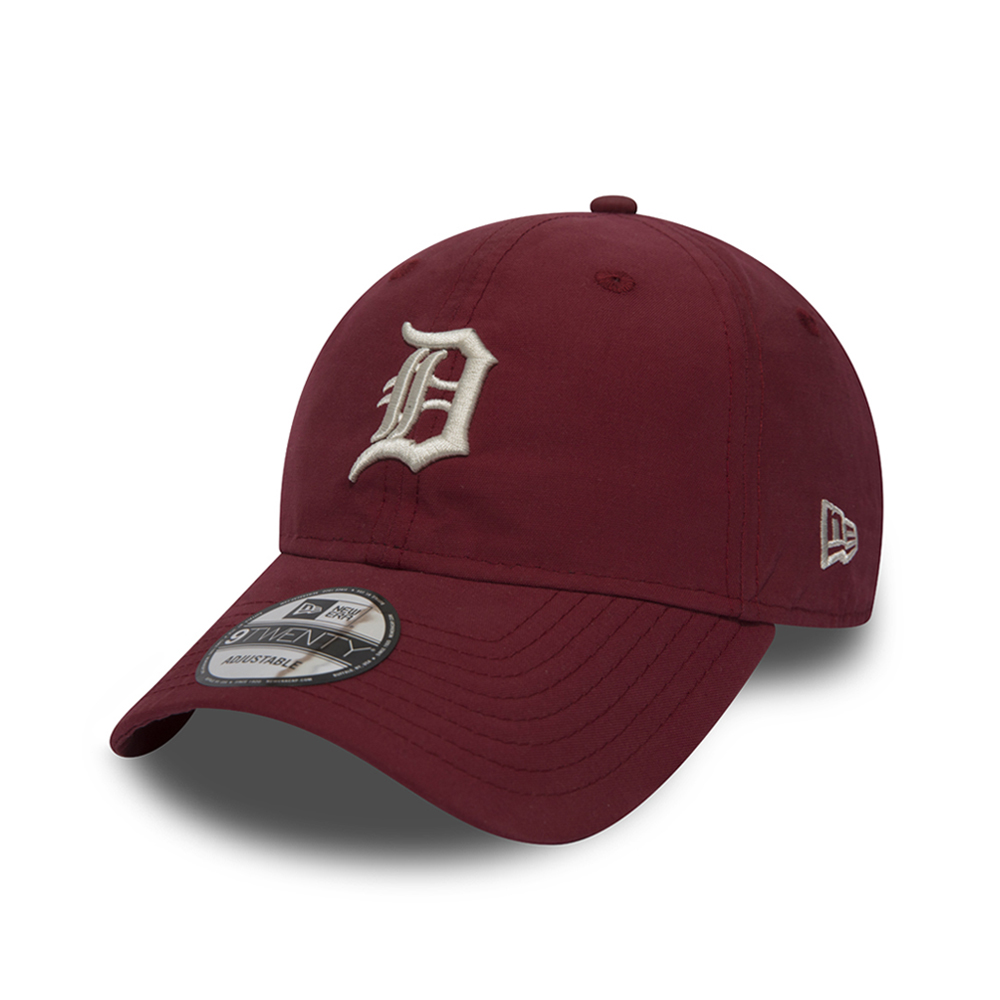 Always have your beloved team close by with this officially licenced Los Angeles Dodgers supporters cap. Featuring our latest packable silhouette, you can flaunt your team pride wherever you are. It’s an essential accessory this MLB season. 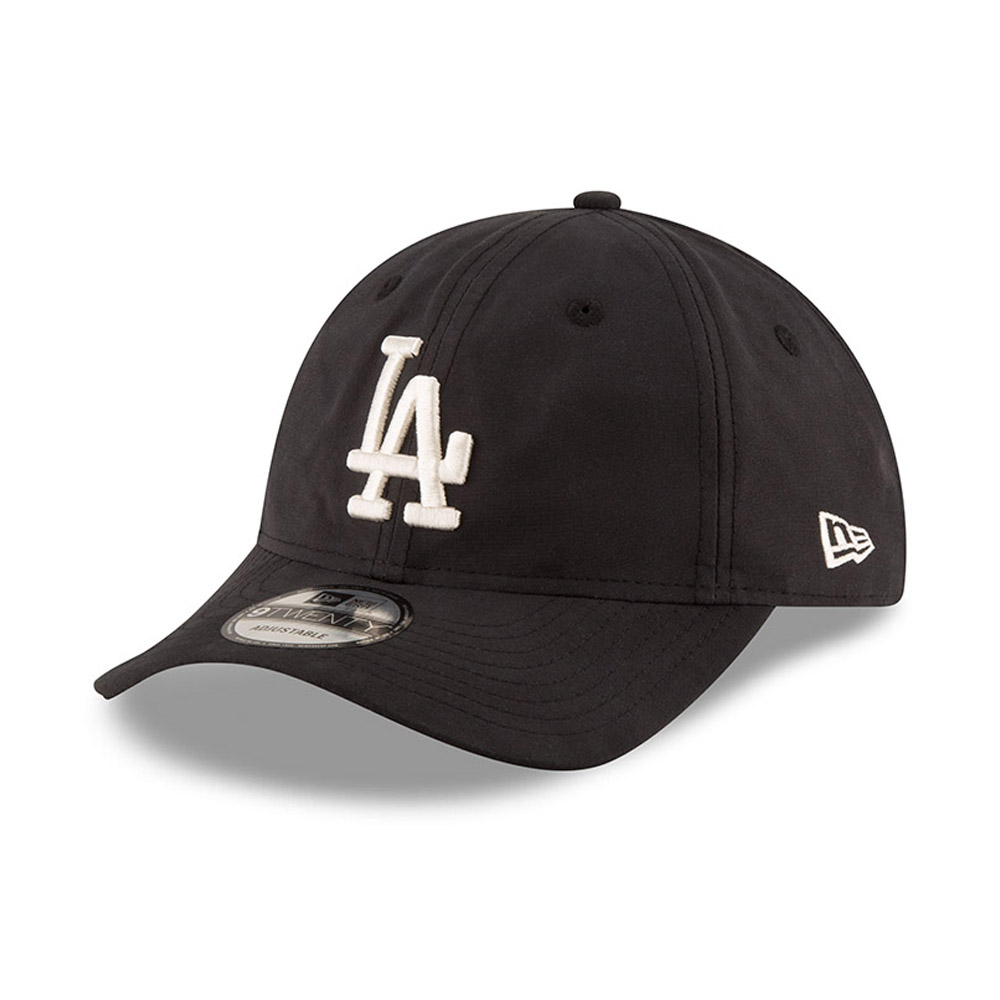 Crafted in our new packable silhouette, this Detroit Tigers supporters cap is the perfect accessory for on the go. When you need to take it off, simply fold it up and put it in your pocket. 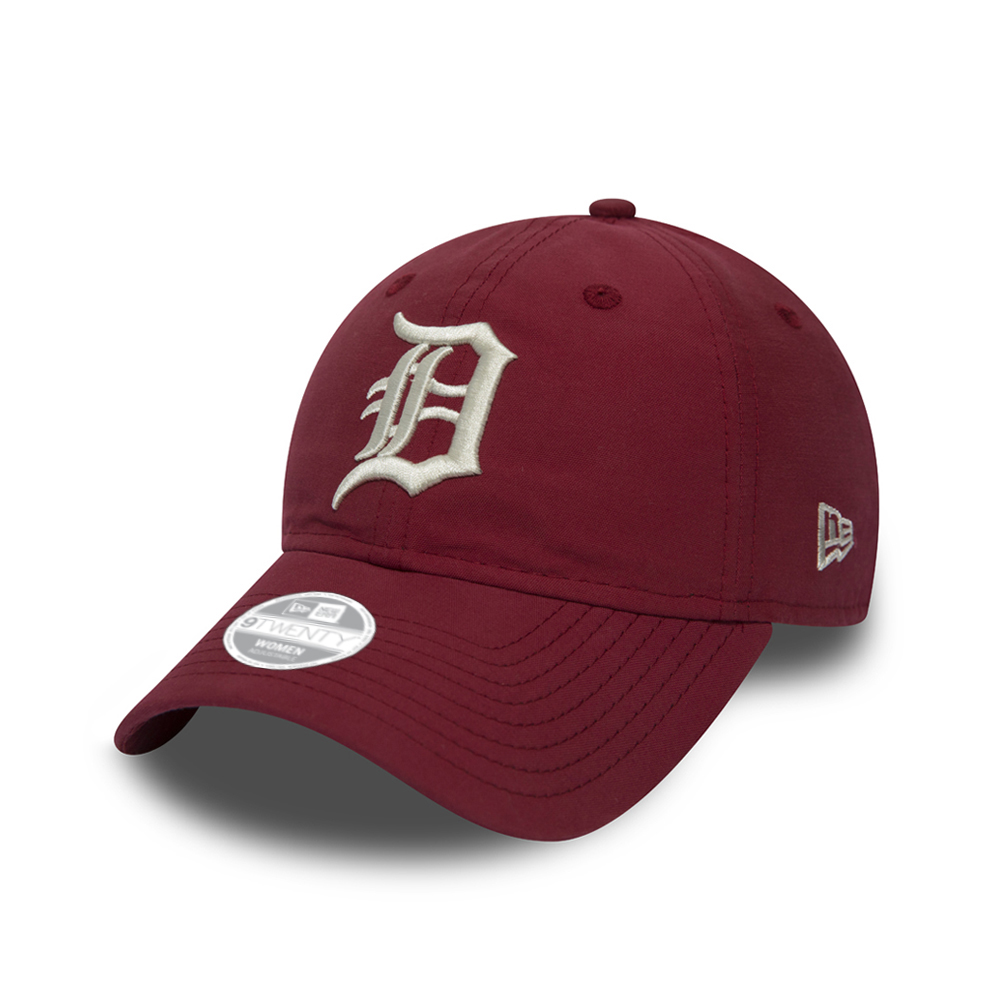 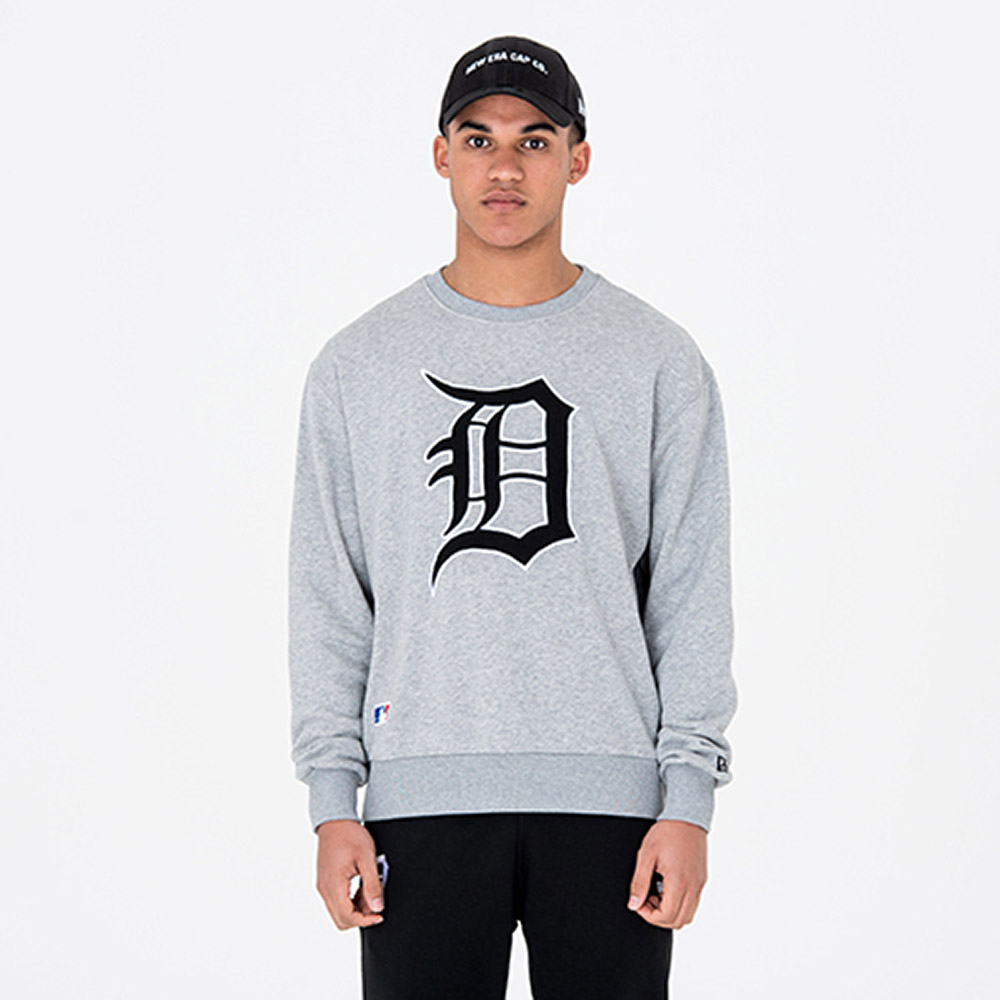 Sport your favourite baseball team as part of your everyday outfits with this black Detroit Tigers pullover hoodie from New Era. The full black design works well with any almost outfit, whilst the college-style design is truly iconic. 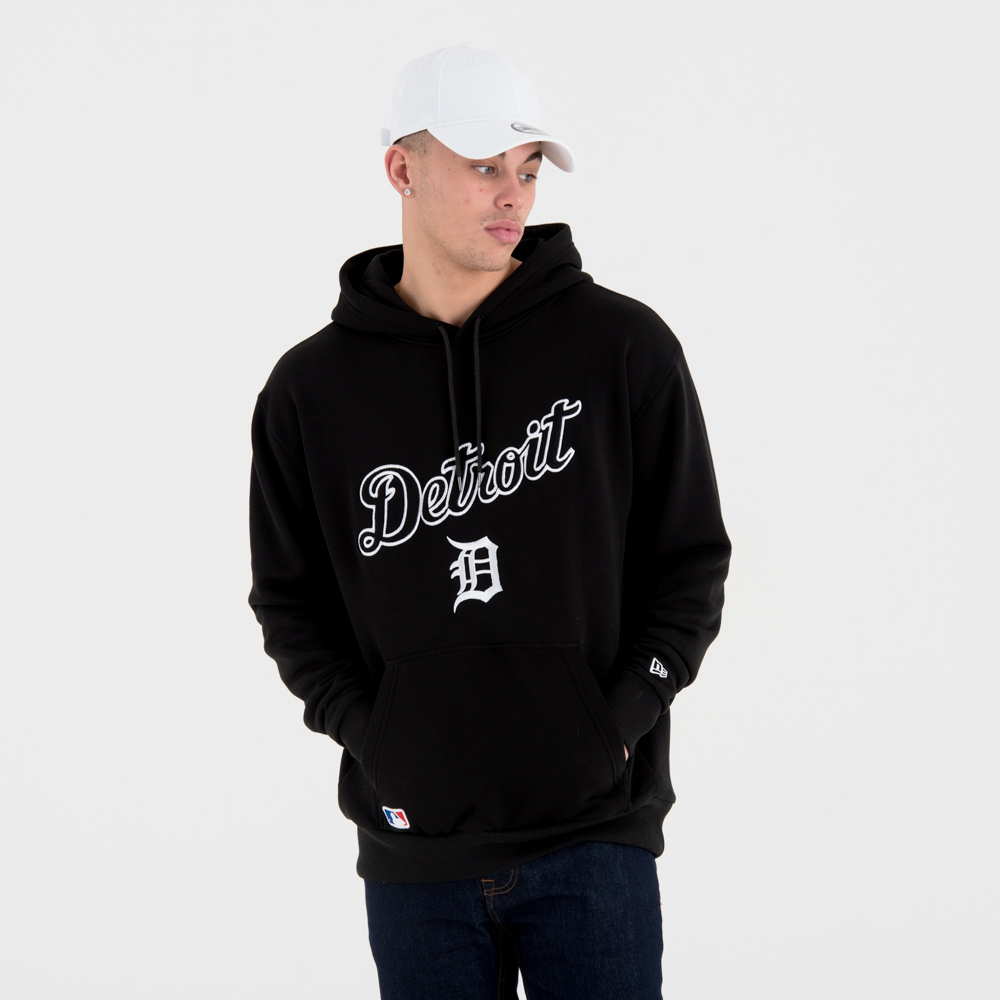 Add this must-have Detroit Tigers varsity jacket to your wardrobe, crafted in a black and white colourway. The black wool blend body contrasts against the white faux-leather sleeves for a classic American college look. 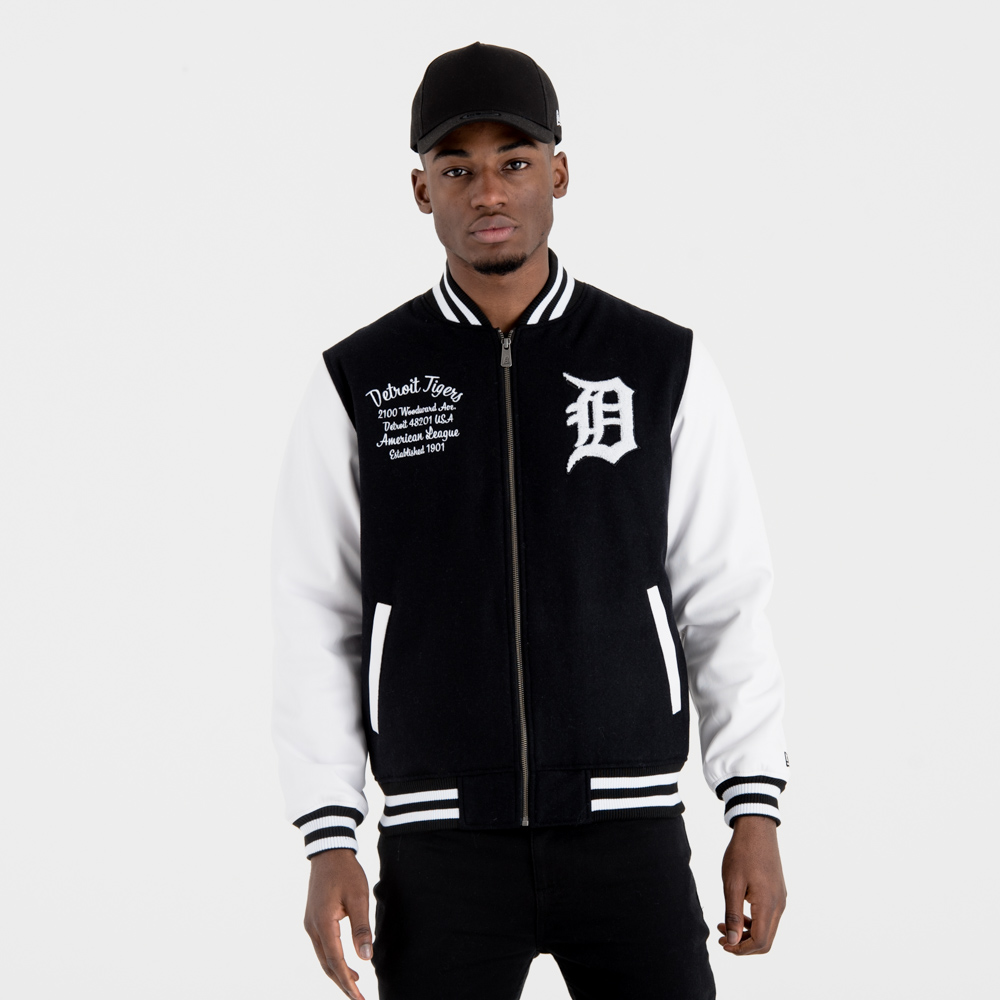